My Clematis jackmanii is beautiful and bountiful this year, but I am puzzled by a strange phenomenon regarding its flowers. 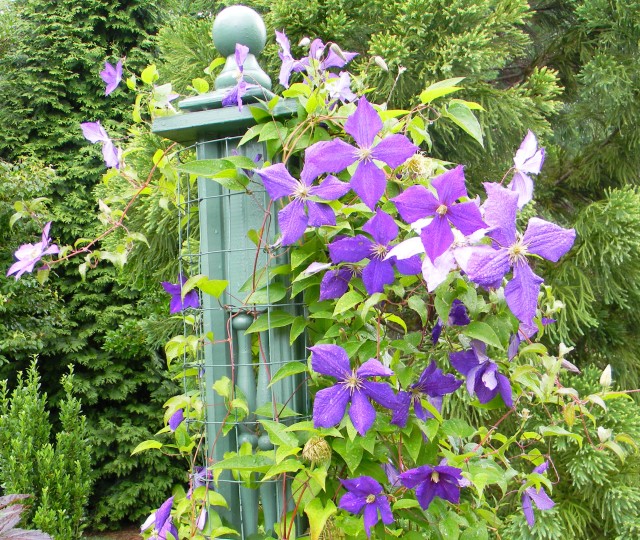 Named varieties of plants are supposed to have unique characteristics. But how am I to understand a plant that produces blossoms with four (normal), five, and even six petals? Is there a botanical explanation? Or is it one of those chance things that happen from time to time?

I have decided not be overly concerned about my wayward Jackman, but I would be quite interested if any of my viewers have experienced similar oddities with clematis or other plants.

John Viccellio retired after 24 years in the U. S. Navy and began to dig into gardening when he could finally land in one place. He completed the Master Gardener course in 1992 and has since designed and constructed two of his own gardens. He wrote a monthly garden column for ten years and was a regular contributor to Carolina Gardener magazine. John published his first book, Guess What's in My Garden!, in 2014. He lives in Stallings, NC with his wife, in close proximity to six of his eight grandchildren.
View all posts by johnvic8 →
This entry was posted in Gardening and tagged clematis, clematis Jackman. Bookmark the permalink.

4 Responses to A Clematis Conundrum