For the past week we have been joining the rest of the country in unseasonably cold weather. Our garden had a welcomed one inch of rain, but it was sandwiched between two days on either side of the rain with freezing temperatures. I recognize that we didn’t have anything like most of the rest of the country…particularly Buffalo, but one of those days set the record for the coldest in history on that date for Charlotte. It is difficult not to get down in the dumps and depressed on cold, dark days. I marvel at how friends in much colder climates still love their surroundings and their gardens. I guess you just have to live it to love it.

Things are quite different after the cold. Flower color has essentially vanished from my garden. Trees that had not completed their fall change in color have gone directly to brown, making it easier for the wind to bring down the remaining leaves. It does look like most buds on the camellias and a few Encore azaleas are secure. Several of my reblooming iris may make it.

One plant that has astonished me is the annual mercadonia that still remained in several pots. It woke up on the morning of the record cold still green and with its small yellow blossoms seemingly unharmed. I wrote about the draught resistance qualities of mercadonia back in April, but I (and my friends at the gardening center) had no idea that it might survive such a frost. It will be interesting to see whether it holds up over a long winter.

Yesterday was a warmer, sunny day. I shut down the fountain, cleaned and dried its working parts, and covered it for the winter. I know. I should have done that before the dropping temperatures.

As I walked around the garden I realized it was not a day to be depressed. Signs for the future were there to see. The greenery of Ipheion uniflorum ‘Wisley Blue’ is well up and seems to have multiplied four or five fold. 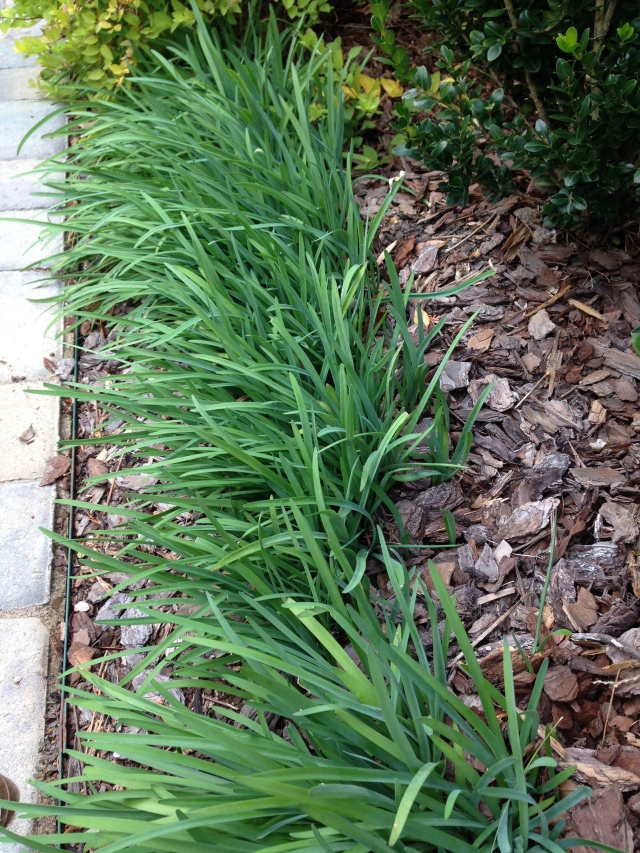 The first shoots of my great, great grandmother’s Spring Snowflake Leucojum aestivum bulbs are also up and apparently healthy. 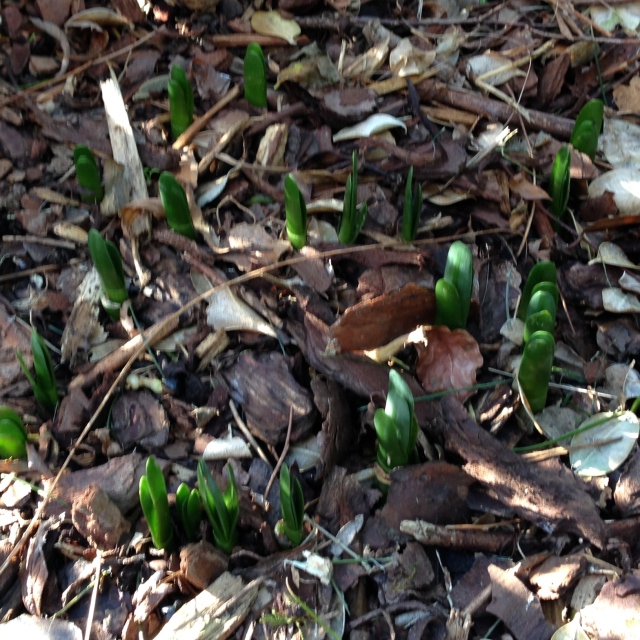 Buds on the Kornus kousa dogwood and the peonies throughout the garden are readily visible. They suggest that a bumper crop is in the offing. 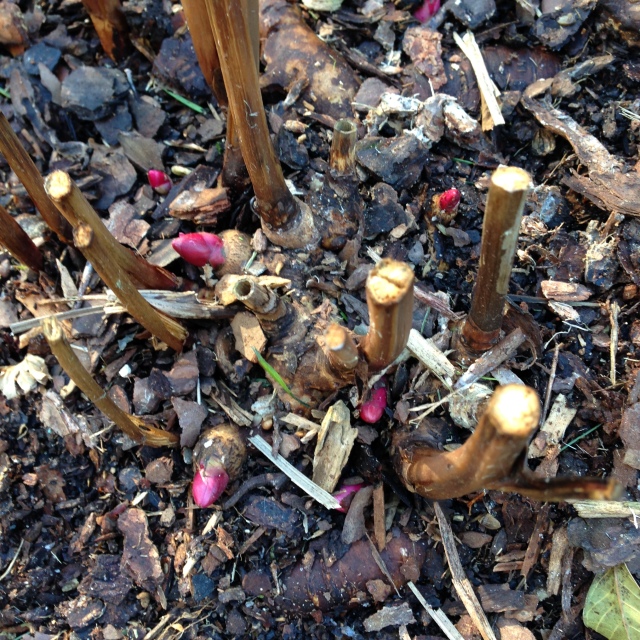 I am reminded that, despite the cold of the past week and that which is sure to come, spring will indeed follow The signs and the evidence are there…right in front of me. I just have to look closely…and smile.

There are also a few spring promises that I wish I hadn’t seen:

John Viccellio retired after 24 years in the U. S. Navy and began to dig into gardening when he could finally land in one place. He completed the Master Gardener course in 1992 and has since designed and constructed two of his own gardens. He wrote a monthly garden column for ten years and was a regular contributor to Carolina Gardener magazine. John published his first book, Guess What's in My Garden!, in 2014. He lives in Stallings, NC with his wife, in close proximity to six of his eight grandchildren.
View all posts by johnvic8 →
This entry was posted in Gardening and tagged azalea, Camellia, Charlotte, cold weather, dogwood, fountain, garden, ipheion, Ipheion uniflorum 'Wisley Blue', Kornus kousa, Leucojum aestivum, Mercadonia, peony, record cold, Spring snowflake, Wisley Blue. Bookmark the permalink.

4 Responses to A Pick-Me-Up Day