Volunteers from the Charlotte Garden Club and a number of young people from the Charlotte area spent Saturday morning installing landscape for three Habitat for Humanity built homes in north Charlotte. The group was directed by Michael and Michelle Styers. Michael is Curator of the Bowles Garden in Charlotte, and they lent their expertise to all of us. Three homes were supplied with shrubs and trees.

That red stuff in the picture is good old Carolina red clay. With all the moisture we have had over the past winter into spring, it wasn’t the easiest in which to dig planting holes. Thankfully, there were willing hands and young backs that stood up to the test. 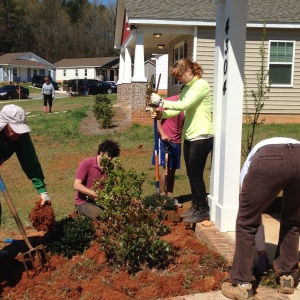 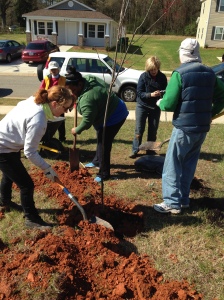 The happy crew at the end of the day: 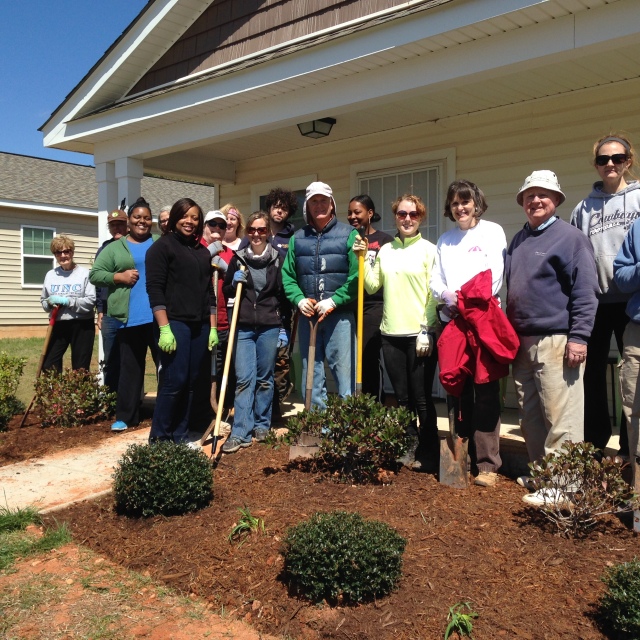 There were ample rewards for all the volunteers! 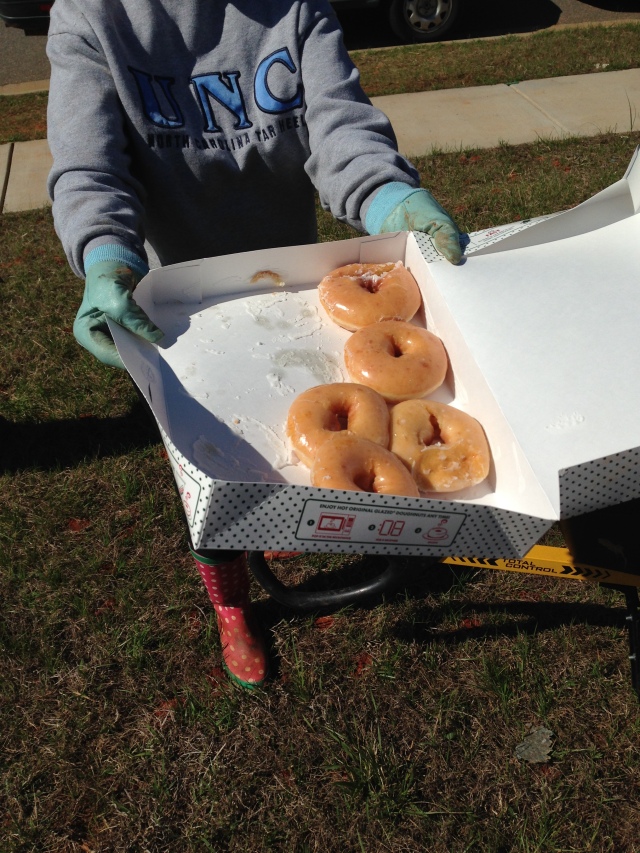 John Viccellio retired after 24 years in the U. S. Navy and began to dig into gardening when he could finally land in one place. He completed the Master Gardener course in 1992 and has since designed and constructed two of his own gardens. He wrote a monthly garden column for ten years and was a regular contributor to Carolina Gardener magazine. John published his first book, Guess What's in My Garden!, in 2014. He lives in Stallings, NC with his wife, in close proximity to six of his eight grandchildren.
View all posts by johnvic8 →
This entry was posted in Things I See Around Town and tagged Charlotte Garden Club, Habitat for Humanity. Bookmark the permalink.

10 Responses to Working for Habitat