Today is Garden Bloggers’ Foliage Day, sponsored by Christina at My Hesperides Garden.

The arrival of fall is accompanied by a number of subtle changes in the garden. Peonies are beginning to go dormant and the edges of their foliage is browning. That is also true of some of the hosta. Muscari greenery is rising at the edge of some beds, giving a glimpse of things to come. Most of the crape myrtles have gone to seed; I will have to make a calculated decision on how much of the seed heads I will remove (my Arranger has ideas of her own about my climbing ladders these days).

As the flowers become fewer, foliage takes on added importance. Several weeks ago I moved a number of clumps of garden phlox which were receiving too much shade under one of my vitex trees. I removed the old soil, added a new soil mixture, and planted a bed largely of foliage plants: hosta, Autumn fern, heucherella, liriope, and hellebores. 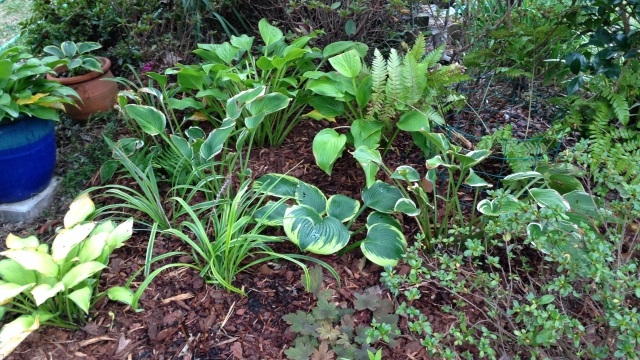 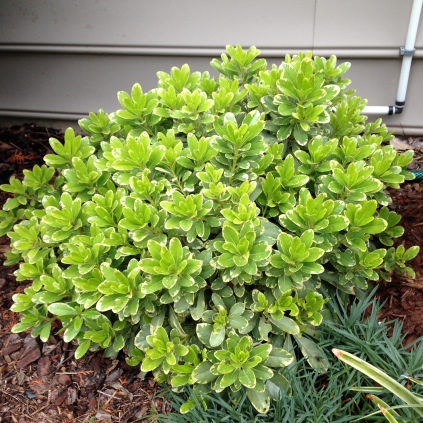 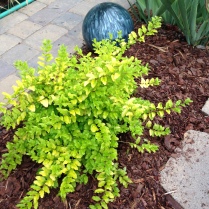 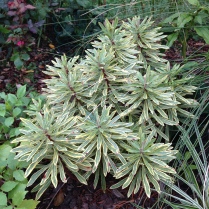 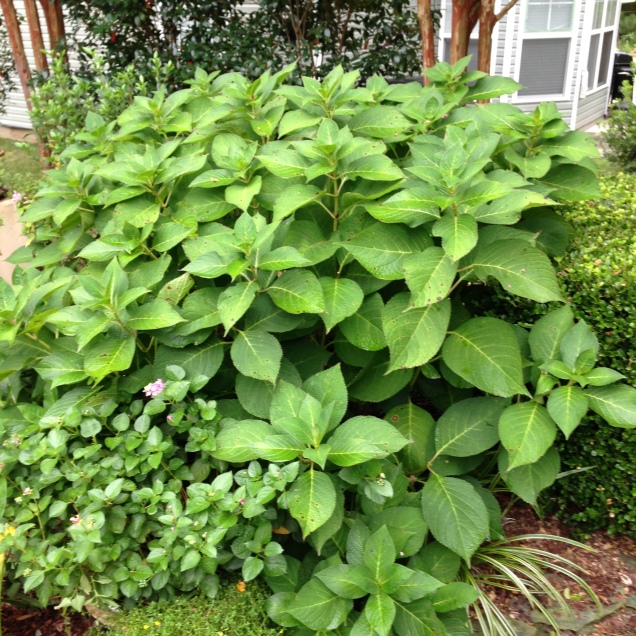 The annual sweet potato vine (Ipomea patatas ‘Sweet Caroline Bewitched’) however adds a rich dark burgundy. Ajuga reptans ‘Mahogany’ has grown into a tidy groundcover; its color has faded over the summer, but the new growth is coming in with another deep burgundy. The Acer palmatum dissectum ‘Ever Red’ has lost most its deep purple color but is now beginning to show the red of autumn. 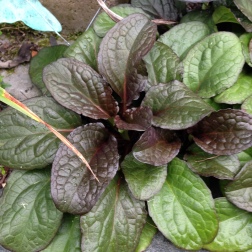 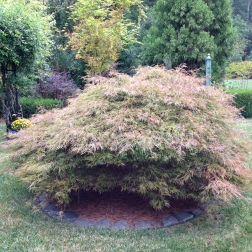 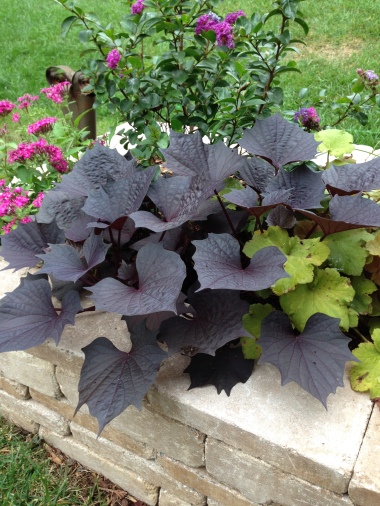 My thanks go to Christina for introducing this meme. Please visit her to see the exciting things in her garden and others.

John Viccellio retired after 24 years in the U. S. Navy and began to dig into gardening when he could finally land in one place. He completed the Master Gardener course in 1992 and has since designed and constructed two of his own gardens. He wrote a monthly garden column for ten years and was a regular contributor to Carolina Gardener magazine. John published his first book, Guess What's in My Garden!, in 2014. He lives in Stallings, NC with his wife, in close proximity to six of his eight grandchildren.
View all posts by johnvic8 →
This entry was posted in Gardening, GBFD and tagged 'Endless Summer' hydrangea, Acer palmatum dissectum Ever Red, Ajuga reptans Mahogany, Autumn fern, Christina, crape myrtle, Euphorbia x martinii Ascot Rainbow, hellebore, Heucherella Sweet Tea, hosta, Ipomea patatas Sweet Caroline Bewitched, Ligustrum sinense Sunshine, liriope, My Gardn in the Hesperides, peony, Pittosporum tobira Mojo, sweet potato vine. Bookmark the permalink.