In a Vase on…erm, Tuesday: Something Different

If Cathy at Rambling in the Garden, the host of this meme, can share a vase on Sunday, then it only seems fair that I can share mine on Tuesday. Fair is fair.

I thought I might try something quite different this week, encouraged by the tiny blooms of trailing veronica in my garden.

I started with a bonsai tray. Then I added an interesting stone. I purchased both of them when I studied bonsai in Japan lo those many years ago. 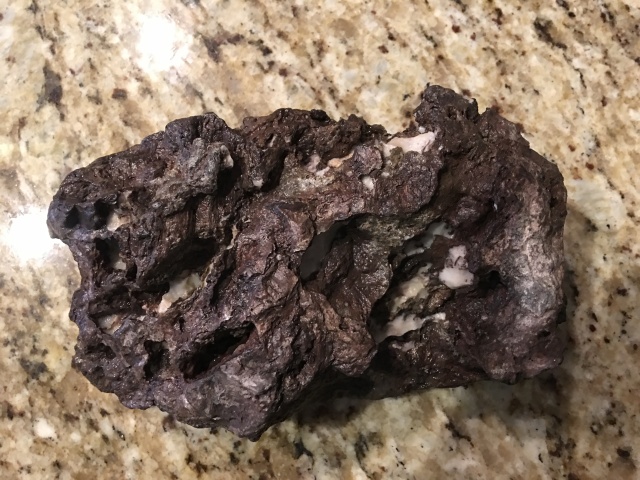 And then I filled a few tiny crevices with water and put in the veronica. The darker one is ‘Georgia Blue’ and the lighter is ‘Waterperry,’ both of which are favorites. 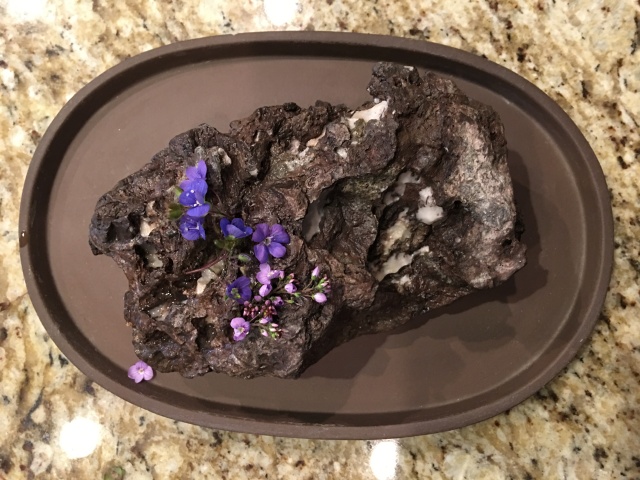 Please visit Cathy at Rambling in the Garden to see what she and others have in vases this week. Join in the congratulations to her for her 5th anniversary post.

John Viccellio retired after 24 years in the U. S. Navy and began to dig into gardening when he could finally land in one place. He completed the Master Gardener course in 1992 and has since designed and constructed two of his own gardens. He wrote a monthly garden column for ten years and was a regular contributor to Carolina Gardener magazine. John published his first book, Guess What's in My Garden!, in 2014. He lives in Stallings, NC with his wife, in close proximity to six of his eight grandchildren.
View all posts by johnvic8 →
This entry was posted in Gardening, In a Vase on Monday and tagged bonsai dish, creeping veronica, Georgia Blue veronica, Rambling in the Garden, stone, Waterperry veronica. Bookmark the permalink.

16 Responses to In a Vase on…erm, Tuesday: Something Different