Among the first plants I put in our new garden in the spring of 2006 were native climbing vines Carolina jessamin (Gelsemium sempervirens). In no time the two vines were up and covering an arbor as one of the main focal points of the new garden. This photo, taken in 2010, will demonstrate what a lovely role Carolina jessamin can play in the early spring garden. 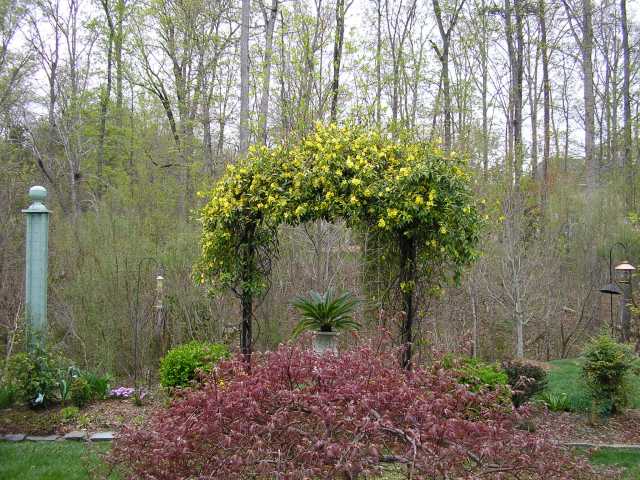 Over the years it has required frequent and sometimes heavy pruning to keep it in form…and allow me to walk under it. It has, however, never failed to grow and bloom vigorously.

As winter was drawing to a close and we were experiencing unusually warm weather, I noticed my neighbor’s jessamin greening up. I saw it beginning to open its yellow blossoms all over town and wild in the woods. 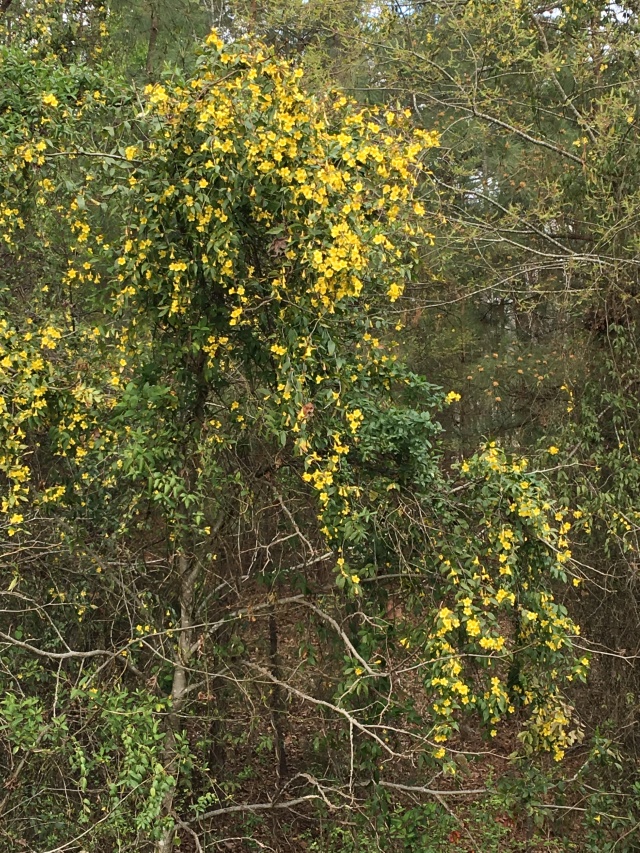 A quick look told a sad story. The bark on all the branches had completely pulled away, leaving lifeless, bare stems…from both vines. 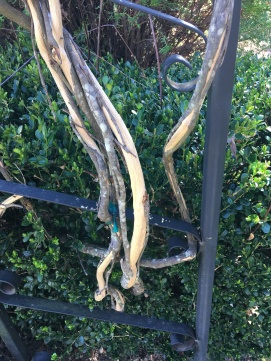 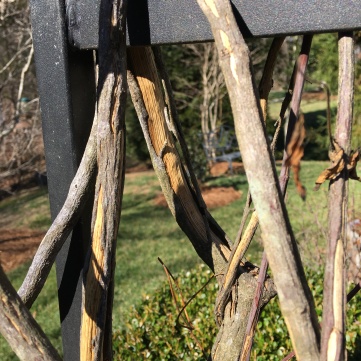 I consulted several experts, and they offered the explanation that the early warm weather followed by a snap deep cold was the culprit. But…why wasn’t my neighbor’s jessamin affected in the same way? His is covered with green and yellow, and its only 50-60 feet away.

Perhaps it has something to do with my vines being directly in morning sun and experiencing an abrupt temperature change from warm to freezing or the reverse. I have cut them both back to the base to what appears to be green wood in hopes that they will return. I try to talk to them every day.

Has anyone else experienced such as this? I would welcome thoughts and opinions.

John Viccellio retired after 24 years in the U. S. Navy and began to dig into gardening when he could finally land in one place. He completed the Master Gardener course in 1992 and has since designed and constructed two of his own gardens. He wrote a monthly garden column for ten years and was a regular contributor to Carolina Gardener magazine. John published his first book, Guess What's in My Garden!, in 2014. He lives in Stallings, NC with his wife, in close proximity to six of his eight grandchildren.
View all posts by johnvic8 →
This entry was posted in Gardening and tagged Gelsemium sempervirens Carolina jessamine, winter damage. Bookmark the permalink.

17 Responses to A Garden Mini-Tragedy