The theme of this week's WordPress Weekly Photo Challenge is SATISFACTION.

At the beach my son-in-law fixed a grand old Southern Coastal Shrimp Boil. 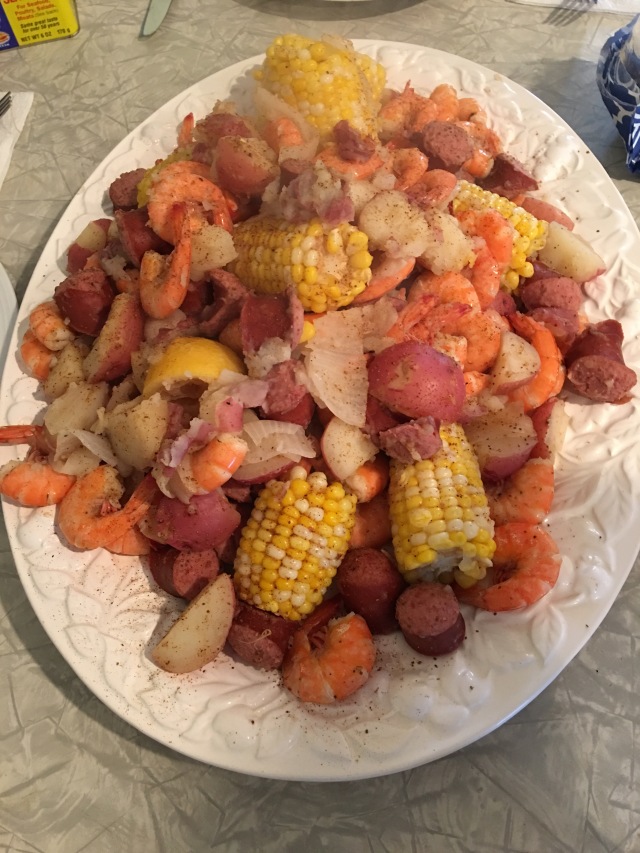 John Viccellio retired after 24 years in the U. S. Navy and began to dig into gardening when he could finally land in one place. He completed the Master Gardener course in 1992 and has since designed and constructed two of his own gardens. He wrote a monthly garden column for ten years and was a regular contributor to Carolina Gardener magazine. John published his first book, Guess What's in My Garden!, in 2014. He lives in Stallings, NC with his wife, in close proximity to six of his eight grandchildren.
View all posts by johnvic8 →
This entry was posted in Uncategorized. Bookmark the permalink.