In a Vase on Monday: Frost Evasion

In anticipation of the first real frost in my garden over the weekend, I clipped a few bearded iris scapes that were up and had buds on them. I left a few shorter ones in the ground, but true to form, the frost did them in. What I saved, however, had not bloomed but I thought they just might make a different offering for In a Vase on Monday. Keeping it simple, I just plopped them into a vase and here you are (my Arranger has removed herself from any credit for this one). 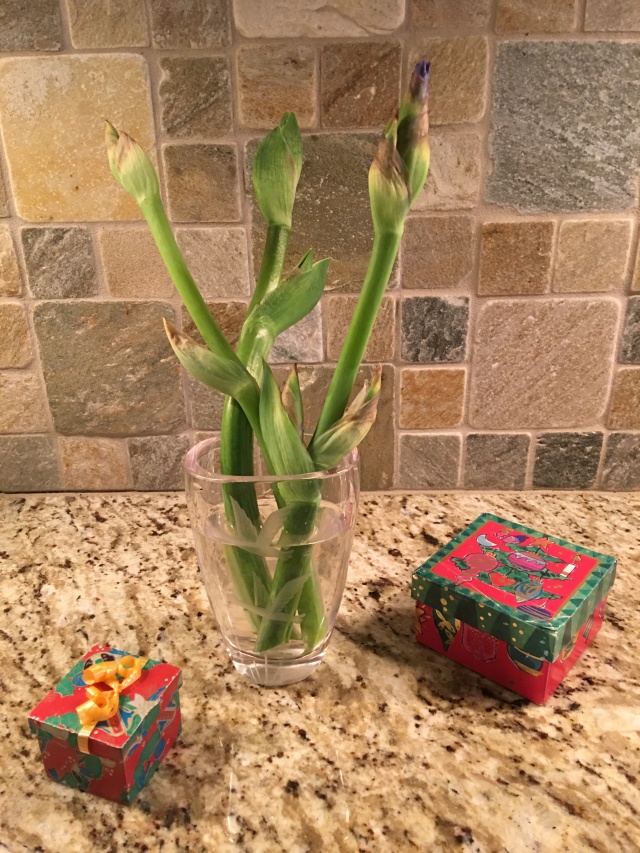 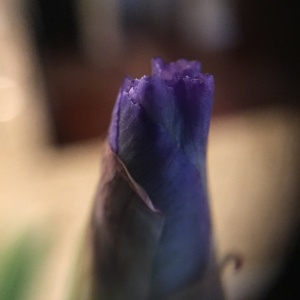 A close-up reveals the lavender of iris ‘Clarence.’ The yellow of ‘Sunny Disposition’ is still in hiding. I have never tried to “force” iris, but I’m looking forward to seeing results from this experiment.

I love having bearded iris that just might bloom in December!

Please visit Cathy at Rambling in the Garden to see what the creator of this meme is sharing this week.

John Viccellio retired after 24 years in the U. S. Navy and began to dig into gardening when he could finally land in one place. He completed the Master Gardener course in 1992 and has since designed and constructed two of his own gardens. He wrote a monthly garden column for ten years and was a regular contributor to Carolina Gardener magazine. John published his first book, Guess What's in My Garden!, in 2014. He lives in Stallings, NC with his wife, in close proximity to six of his eight grandchildren.
View all posts by johnvic8 →
This entry was posted in Gardening and tagged Bearded iris Clarence, bearded iris Sunny Disposition, Rambling in the Garden, reblooming iris. Bookmark the permalink.

18 Responses to In a Vase on Monday: Frost Evasion