Looking back over 25 plus years of down-in-the-dirt gardening, there are a number of important lessons that have etched a place in my mind.  I hope you will find them worth sharing.

I learned that I could do everything right to introduce a plant into my garden but, if I failed to provide the proper soil, it struggled. Over the years I believe I have read thousands of plant descriptions in magazines, catalogs, and labels. I don’t have hard statistical data, but I am sure that well over 80 percent called for “moist, well-drained soil.” I have never had “moist, well- drained soil.” I don’t know anybody in my part of the world who does.

It took me awhile to realize soil’s importance to plant growth and somewhat longer to put in place a strategy to do it right. I took a course on garden design from Suzanne Edney, a marvelous designer and now good friend, from Apex, NC. During the course we visited various gardens in the NC triangle area, many of which had been developed by area plant professionals. I recognized that most of them were using raised beds heavily infused with soil conditioner. “Soil conditioner” in our area is another name for fine pine bark.

So I decided if I were going to have “moist, well-drained soil,” I would have to make it myself. Consequently, I made maximum use of raised beds and developed the following basic soil recipe (it also serves as my potting mix).

In a wheelbarrow mix well (I used a four-tined cultivator):

Greensand is a slow-release, natural iron potassium silicate soil conditioner that contains a host of micronutrients.  Sand and PermaTill®/sharp gravel increase aeration and drainage. I never used a micorrrhizal fungi inoculant, but I now read extensive and consistent recommendations to do so.

How I wish I had known about turning dirt into soil when I began to garden seriously.

I was pleased to receive a note from WordPress today marking the sixth anniversary of A Walk in the Garden. It’s hard to realize that 602 posts have made it out of my word processor, but here I am looking forward to another year of reaching out to readers around the world.

I am deeply grateful for your continued interest, your comments, and your encouragement.

Having moved to a retirement community some 18 months ago, I am without a garden. But I have my journals, my photo albums (before digital), and my archives on the computer. I just wish I had purchased a digital camera when they first came out. Alas, another regret that I cannot row back upstream.

Armed with the albums and my archives, I will continue the blog, emphasizing lessons learned (both good and bad), dreams of gardens yet unbuilt, and favorite memories of garden visits, friends, and plants. I’m sure I will continue to report on “Things I See Around Town.” I’ll close with one of my favorite photos: a pink tree peony.

Here we have come to the last of of 2019 and the last day of the decade. It’s tempting to look back at the past’s challenges and victories, but I prefer to focus on the future.

This photo of Camellia japonica ‘Debutante’ perfectly captures my optimism for the future. I am grateful for Gary and Christina for the gift of this flower from my former garden. It points to the potential beauty that we can experience in the next year, the next decade. 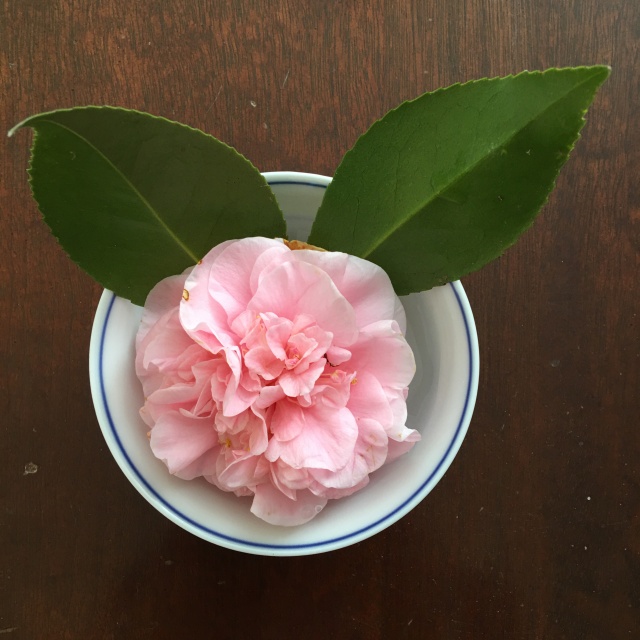 To that end, my Arranger and I want to wish all a most prosperous and meaningful New Year. The greatest aim in my prayers is for peace, peace among people and peace among nations. 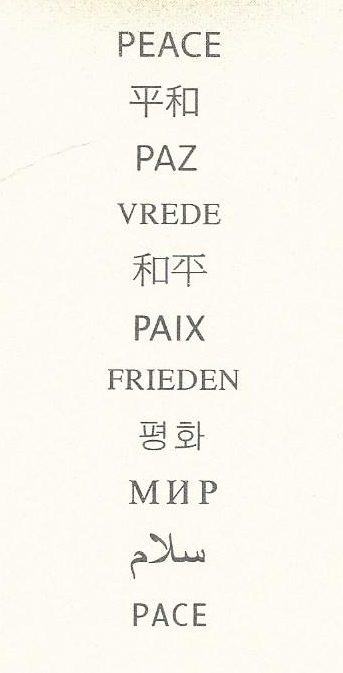 This is a day to give thanks for the blessings in our lives. I am particularly grateful at this time of year for family and friends, for decent octogenarian health, and for the addition of another generation added to my family tree: the birth of our first great grandchild.

May God bless you and keep you and make His face shine upon you.

Things I See around Town: A Splash of Color

When I am visiting gardens around town, there are times…delightful times…when a splash of color grabs my attention. Such a time occurred last summer when I was touring the Billinda Daylily Garden here in Charlotte.

This purple annual coleus is eye-popping. I don’t know its name, but I see it around town, most frequently in annual plantings at the entrances to various neighborhoods.

I have normally planted annuals in pots, including several colorful varieties of sun coleus. This example gives me good reason to continue looking for them.

Posted in Gardening, Things I See Around Town | 5 Comments

Masks on a Garden Wall

During our visit to San Diego in July my daughter, the art teacher personified, devised a summer project to create masks to hang on her garden wall. The idea was to paint a face on discarded ends of palm tree fronds.

As a palm tree grows, the lower fronds die back, harden, and can be removed.  It turns out they can make excellent bases for creative and artistic renderings of faces and masks.

My daughter enlisted every member of our extended San Diego family (except the baby) to take part in the project, with family members from age 10 to 84.

Here are two of my favorites, which are followed by a slide show of the others:

A well known Christmas show figure by my daughter

A fish by my granddaughter-in-law, perhaps looking for Nemo?

Click the arrows to move through the slide show:

It was a wonderful project to get us working together and see our creative juices bubbling. Which one is your favorite?

I am pleased to announce the publication of my new book: Bacon Grease & Baseball.

I’ve had a lot of fun writing this piece of fiction.

It was 1948 and Charlie Payne didn’t want to go away from home to spend the summer with his grandmother in her small southern town. His parents thought it would be a “wonderful experience” for him. In Bacon Grease & Baseball Charlie remembers that coming of age summer. He developed an enduring passion for baseball, playing it, reading about it, and talking about it with new friends, old and young. He learned to love Gramby’s buttermilk biscuits, black-eyed peas, and bacon, lots of bacon. He found joy in reading, singing, investigating Gramby’s woods and a creek, and dreaming about places outside his personal world. He discovered girls. Charlie Payne made a life-long best friend in his Gramby.

Let me invite you to click on the book cover in the side column for a description, a portion of the text, and how to get a copy, if you are so inclined. It is available in both paperback and eBook formats.

Things I See Around the Beach: Birds

We recently spent a delightful week at Topsail Beach, NC. One thing I particularly enjoy at the beach is bird-watching. Let me share videos of two groups with you.

A flight of marine birds:

A flight of Marine birds:

Posted in Things I See Around Town, Uncategorized | 10 Comments

I recently returned from a week in San Diego visiting family there. It was a delightful week, especially being able to spend time with my first great-grandchild, John.

When I make trips to San Diego, my daughter usually has a few father-daughter chores lined up for me. This visit was no exception. The two of us cleaned up a non-working water feature and replaced it with a new fountain. We cleared garden beds and filled numerous pots with succulents.

The big chore was rebuilding and replanting two hanging “pictures” of succulents. I had first constructed them about ten years ago, and time dictated they should be redone. She repainted the frames, and I rebuilt the planting area and backing. Using new material clipped from my daughter’s garden I “painted” these two scenes to hang on her garden fence.

My art teacher daughter was pleased with my efforts…and so am I.

Several weeks ago I visited a beautiful garden in Mint Hill, NC. Mary Griggs began developing her two acre garden almost 25 years ago, and what she has created is nothing short of breathtaking.

Mary told me was inspired by her parents stewardship of the earth and its fauna. She believes she has a God-given talent (aka green thumb) and a deep love of the earth. Her garden is direct evidence of that. I am delighted to share the following photographs.

I love the way Ruth has used pots in her garden.

Mary Griggs has crafted a garden lover’s paradise. I am grateful for her creativity and her generosity in sharing such a lovely place.